The Sabi Sand is where it all began for Singita, a relatively small, privately owned safari company that now operates 12 lodges in five destinations in three countries and is responsible for over half a million acres of land in Southern and East Africa. Singita Sabi Sand set the benchmark and remains synonymous with providing an unsurpassed safari experience. Its lodges in South Africa, Tanzania and Zimbabwe have been recognised in the most prestigious hotel and travel awards worldwide. But more than that, balancing conservation with the development of communities surrounding the reserves, has been at the heart of Singita’s philosophy from the very beginning. Each Singita lodge employs a dedicated conservation team focused exclusively on preserving the land and protecting the wildlife. 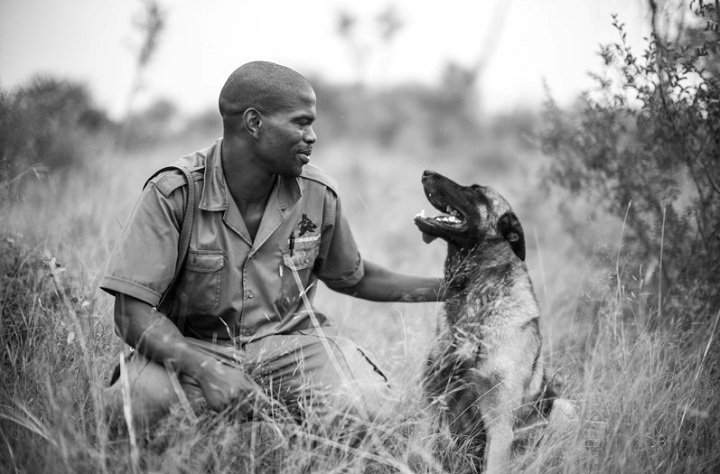 Explains Luke Bailes, CEO of Singita: ‘We take a measured, long-term approach to protecting and preserving our iconic safari destinations. But it’s so much more than establishing a commercial concern. Sustainable conservation is about the inter-dependant relationship between local communities, wildlife and tourism. The message we convey to communities is that if they protect the wildlife, tourists will come. If tourists come, the communities will benefit on so many levels, from jobs to agricultural schemes, education to healthcare.’

‘With populations growing as rapidly as they are, pristine wilderness is being threatened like never before,’ continues Luke. ‘While the demand to experience true wilderness will continue to escalate, the supply is diminishing. Africa’s remaining wild places are becoming increasingly sought after.’

‘The rhino plight is obviously not just our concern, but a conservation issue on a national and global scale,’ says Mark Broodryk, Head Guide at Singita Sabi Sand. ‘Making an impact on current poaching statistics – almost two rhino have been poached per day so far in 2012 – is a daunting task, but we’re up for the challenge’.

In recent years, the stakes have sky rocketed, and as a result poaching methods have becoming increasingly sophisticated not only in the vast reaches of Kruger National Park but also in private reserves like the Sabi Sand. ‘We are at a watershed, as far as rhino poaching is concerned in this country,’ states Dave Wright, the head of conservation at Singita Sabi Sand for the past 32 years. Following rhino poaching incidents in the Sabi Sand earlier this year, Dave explains that they had reached a point where ‘we needed a professional, dedicated, in-house anti-poaching unit to secure our own property’.

Singita works with K9 Conservation, specialists in counteracting illegal hunting and wildlife trade through the use of highly trained tracker dog units. Using trained dogs is not a new phenomenon in the war against poaching. ‘Tracker dogs, trained to track both animals and humans, are being included in most national parks’ security operations right now, especially in the Kruger National Park,’ confirms Dave Wright.

Explains Mark Broodryk: ‘The biggest advantage of dogs is that they track using their keen sense of smell and thus are extremely effective – even tracking in pitch darkness. A major part of the success of the K9 operation is their presence in the area. It is difficult to quantify the ‘success’ on paper but just by them being here and operating in the area it seems to deter would-be poachers’. Once trained dogs are deployed into an area, the news quickly spreads amongst poachers and criminal syndicates and the level and frequency of poaching incidents and related crime is shown to drop dramatically.

Different breeds of dogs are used for specific functions within the unit. With a natural instinct to hunt, Weimaraners are effective at tracking animals – particularly injured animals. These dogs can also track humans that have been standing in animal remains or have the residual scent of animal contraband on them. The Belgian Malinois and German Shepherds are trained to ignore animal scents and focus instead on detecting humans, firearms, explosives and bullet cases in the field.

The dogs patrol day and night, seven days a week, to protect the wildlife that inhabits the reserve. Population numbers on the reserve are constantly monitored, as well as the movements of the animals. Any unusual activity, such as a congregation of vultures in a specific location, is logged and reported immediately.

Says Mark: ‘My team of guides and trackers work closely with the dog units, providing additional eyes and ears out in the bush. As a result of the rhino crisis, we have learnt to operate differently. For example, we no longer call in rhino sightings when out on drive. Most of the neighbouring lodges do the same. It may not sound like much, but it is our way as guides to show support for rhino conservation,’ concludes Mark.

It is clear that Singita’s proactive anti-poaching initiative is already proving its worth, and that it has the potential to become a successful model for other wildlife conservation areas. What remains essential is to be part of the bigger picture, and Singita continues to work closely with the Sabi Sand management team which in turn is connected to the Kruger National Park. Sharing information efficiently and quickly helps target the role players at a higher level, as opposed to the poachers on the ground.