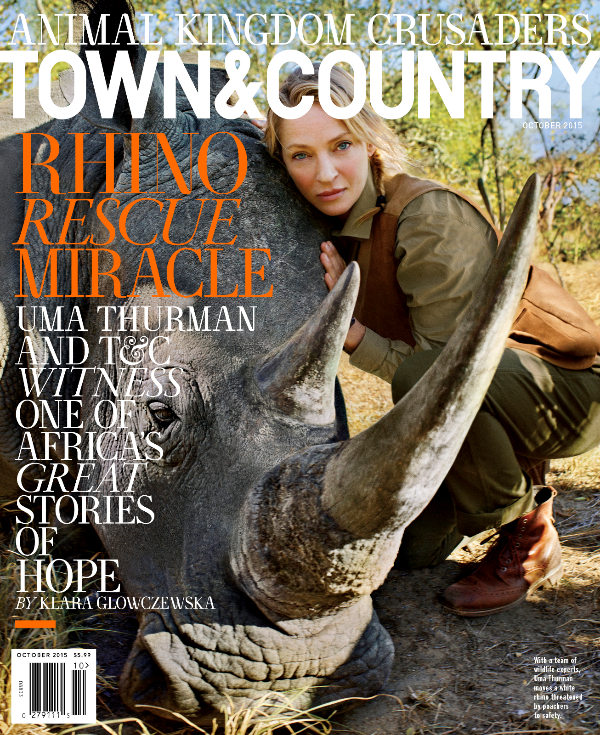 Since inception, EXPLORE’s mission has been to create life changing journeys that connect travelers to the natural world and its wild inhabitants… many of which have become highly endangered in our lifetimes. I met travel editor Klara Glowczewska almost 20 years ago and found that she shared this passion. Since that time we have collaborated on many conservation related stories. Our recent ‘joint venture’ on the Rhino Rescue project has been one of the most significant media contributions to conservation I have orchestrated to date… and it was definitely the most challenging!  It took a year and a half to organize and come to fruition and involved a literal army of collaborators, including two governments and the Botswana Defense Force.

The adventure began when Klara called me in South Africa to discuss potential story ideas. She asked, ‘What is important in Africa now?’. I had just returned to the lodge from an adrenaline-filled day with an anti-poaching team of highly trained professionals and their tracking dogs whose mission is to stop the rampant rhino poaching in the area. I was ‘on fire’ at the seeming unstoppable rhino holocaust being perpetrated all around me. Over 1,000 rhinos were poached in South Africa last year alone, many from the area I was visiting. Multiple stories on rhino conservation had already been circulated in the press about the herculean efforts being implemented to stop the killing, but the full story of the intensity of this war on rhinos and the dramatic steps necessary to protect them from extinction, had not yet been told. We agreed that this was a story worth telling, from start to finish…and there was no one better to tell it than Klara. 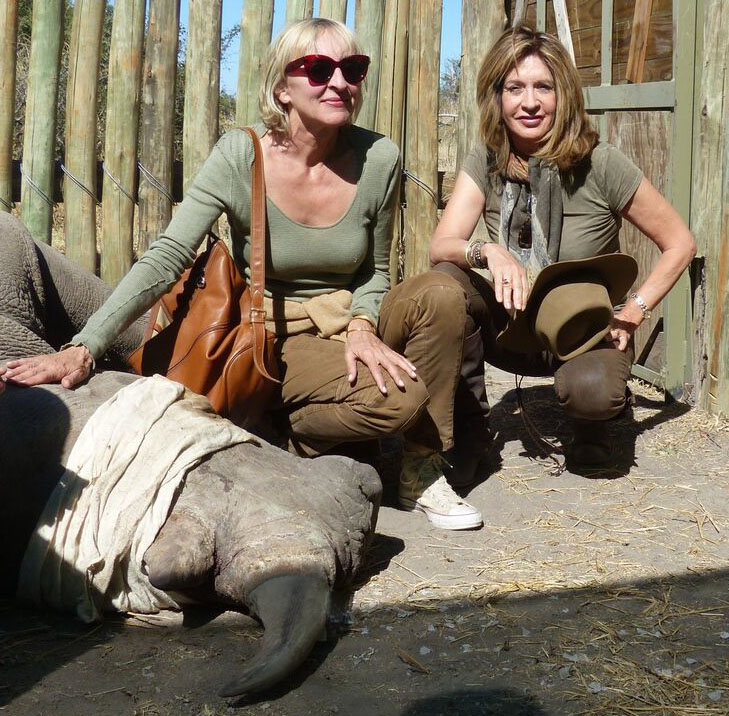 A couple of days later, Klara secured the green light from Town & Country’s visionary editor-in-chief, Jay Fielden, and we started planning. First we discussed possible choices for a celebrity voice who had the strength and presence to tell the story. Clearly it had to be someone with a bit of “chutzpah,” someone with nerve, strength (both in personality and body), and beauty. I immediately thought of ‘tough girl’ Uma Thurman, who I knew from Tibet House projects. I contacted her and asked her to collaborate. After one quick call she said yes. Next I went to Keith Vincent, CEO of Wilderness Safaris, who without hesitating said YES! I then approached Africa’s conservation visionary, Honorable Minister TK Khama of Botswana, who also gave us the thumbs up and offered the full support of the Botswana Army. Liz Biden of South Africa’s Royal Malewane Lodge gave us logistical support and we used her elegant lodge as our base.

Botswana’s ‘man of the bush,’ Map Ives, knows the country like the back of his hand and serves as Botswana’s National Rhino Coordinator. He and Kai Collins came on board to help us plan the details with Wilderness Safaris and work with the governments. Elizabeth Rand, EXPLORE’s legendary safari logistics master who heads our US office, planned all the mind boggling details (over and over and over again, as the plans changed again and again…) My husband, Richard Wilson, helped with logistics on the Africa side and turned out to be the bravest of all the wranglers when push came to shove during the rhino capture (and believe me it DOES come to shove with a 4,000 pound rhino who doesn’t understand why they must move to Botswana!)

I want to say a profound THANK YOU to everyone for an amazing achievement. Particular kudos go to Klara, Jay and Keith for their astonishing vision and commitment. Klara’s intense passion for the story and brilliant writing has drawn the entire world’s  attention from NY to Bejing …Who does an 18 page story on an endangered species in this day and age???  Bravo to Town &Country.  I am grateful and amazed that we made this happen; this is what ‘tourism’ is all about—conserving the last havens for wildlife in our fantastic natural world. African wildlife is under siege: come to Botswana and see the rhinos soon! They are safe there… for the time being. Only tourism can save them. – Cherri Briggs

Read More About the Experience

“This project will one day be documented as one of the most ambitious conservation efforts in decades. It’s almost like a movie. There are good guys and bad guys. There is a sense of history and a frisson of danger. But what would life be without danger.”- Uma Thurman. Find out more about the experience in this amazing article written by Klara Glowczewska in Town & Country’s October 2015 issue.

Take The Journey And Help Save The Rhino

EXPLORE founder Cherri Briggs has worked closely with top management at Wilderness Safaris over the past year in hand crafting a unique, Eight Adrenaline-Fueled Day Itinerary for passionate travelers with a deep interest in conservation, which will closely parallel Uma’s adventure. Contact Cherri or Elizabeth for further detail: 970-871-0065 or cherri@exploreinc.com.

Go behind the scenes with Town & Country by watching this video. 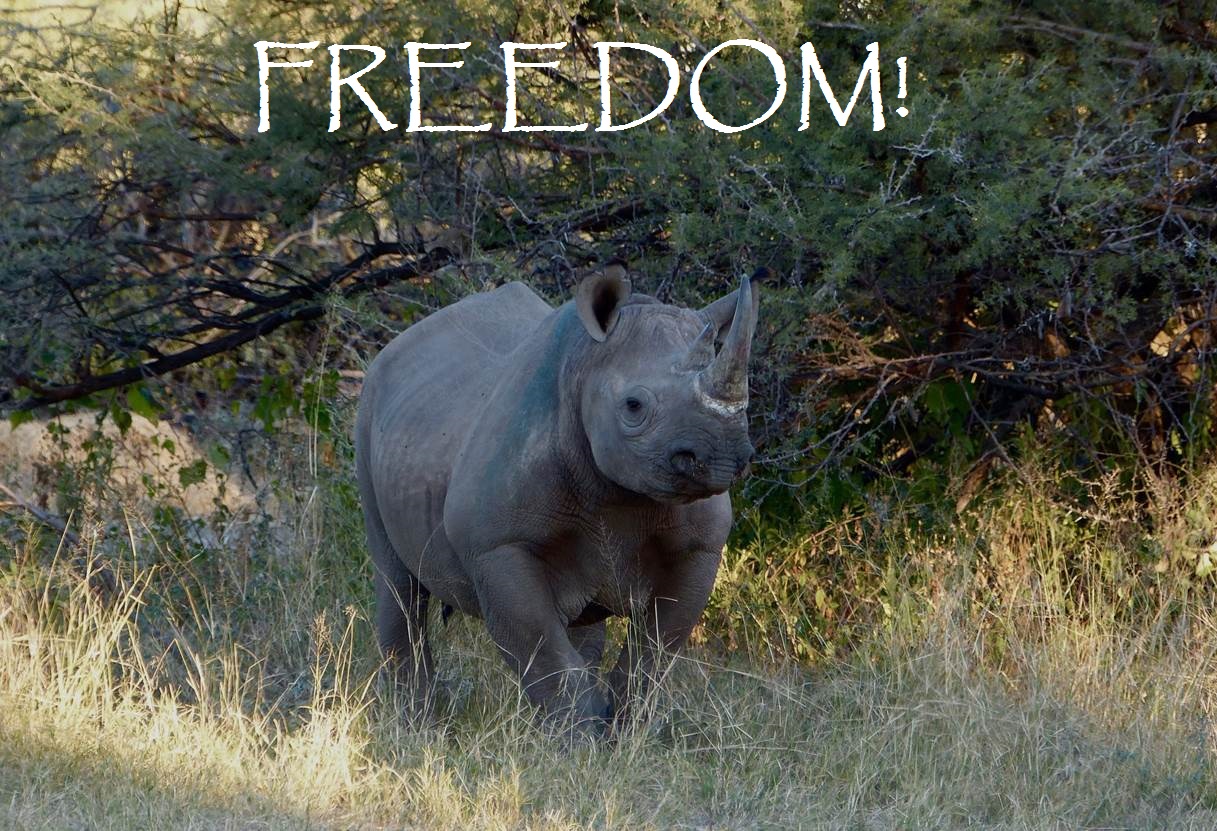