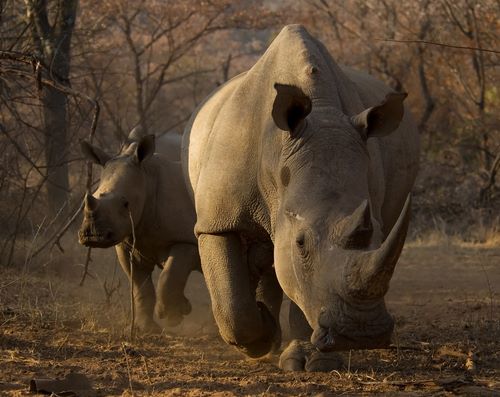 On April 25, 2013, Botswana accepted a different kind of refugee: Six white rhino were donated from South Africa by elite lodge operator ‘&Beyond’ and moved to Botswana where they were officially welcomed by His Excellency, President Ian Khama and the Honorable Minister T.K. Khama.

The translocation to Botswana’s Okavango Delta is an effort to move rhino from South Africa where poaching is out of control. Up to 1000 rhino are expected to be poached this year for their valuable horn, now worth more than gold. Owner of EXPLORE Inc., Cherri Briggs, was invited to attend the event to represent the US African safari industry.

Click here to watch a short video of the event:

Link to “Rhinos Without Borders” Video