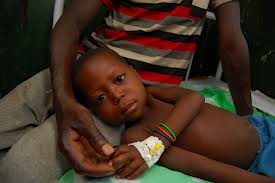 With much relief to us at EXPLORE and to all of our fellow travelers and friends in Africa, researchers from the University of Cape Town “have announced that they have made a huge breakthrough in research for a cure for malaria,” according to Dorine Reinstein of TourismUpdate.co.za. As an African custom tour operator for the past twenty years, this is a very long-awaited announcement.

Malaria is a mosquito-borne infectious disease that has been around for 50,000 years and exists in tropical and subtropical areas, including much of sub-Saharan Africa. It continues to be a persistent and tragic problem which has not had any dramatic decline since 1992.

Along with helping to cure those in Africa who are continually affected by malaria, this treatment will also ease the concerns of visitors to the continent. Traveling to an unknown place is stressful enough, so minimizing prescribed vaccinations and immunizations will be a great step in promoting travel to Africa.

Reinstein also mentions that so far, “the drug had a 100% success rate on animals.” She goes on to explain, “The next step in the research is to prepare the compound for human trials.” Kelly Chibale (bottom center of image), lead researcher of the project, says that “clinical trials should begin at the end of 2013.” He goes on to explain that if those trials are successful, this cure will also have the potential to prevent person-to-person transmission of malaria.

Even though travelers can take anti-malarial drugs during their trips to these affected regions, this epidemic dramatically impacts local residents the most, specifically in rural areas which tend to be more poverty stricken. For all of us at EXPLORE, Africa is our second home. It’s a continent that needs and deserves relief from this ongoing epidemic. Along with our friends and partners in Africa and around the globe, we are excited at the prospect of a world free from Malaria.

NOTE: This malaria-fighting compound is expected to be released and available on the market by the year 2020. For more information about malaria and taking the appropriate traveling precautions, visit www.cdc.gov.